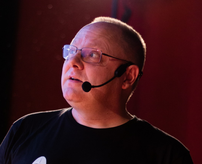 Erik van Roon is an Oracle Database Developer and Oracle ACE Pro, who has worked with Oracle technology since 1995, specializing in, but not limiting to, SQL and PLSQL. Since 2009 he is self-employed. His company is called EvROCS. Prior to that he has worked for several consulting companies in the Netherlands.He has worked on major projects for several clients in industries like entertainment, banking and energy.Erik has been the technical lead of multiple successful high impact data-migration projects moving and transforming large amounts of data.He's been a speaker at many conferences in Europe and the United states.He is a board member of community support program Symposium42 (https://sym42.org/), and is a co-founder and core member of the MASH program which mentors new speakers during their first steps as a speaker.

Back to the Future with Analytic Function